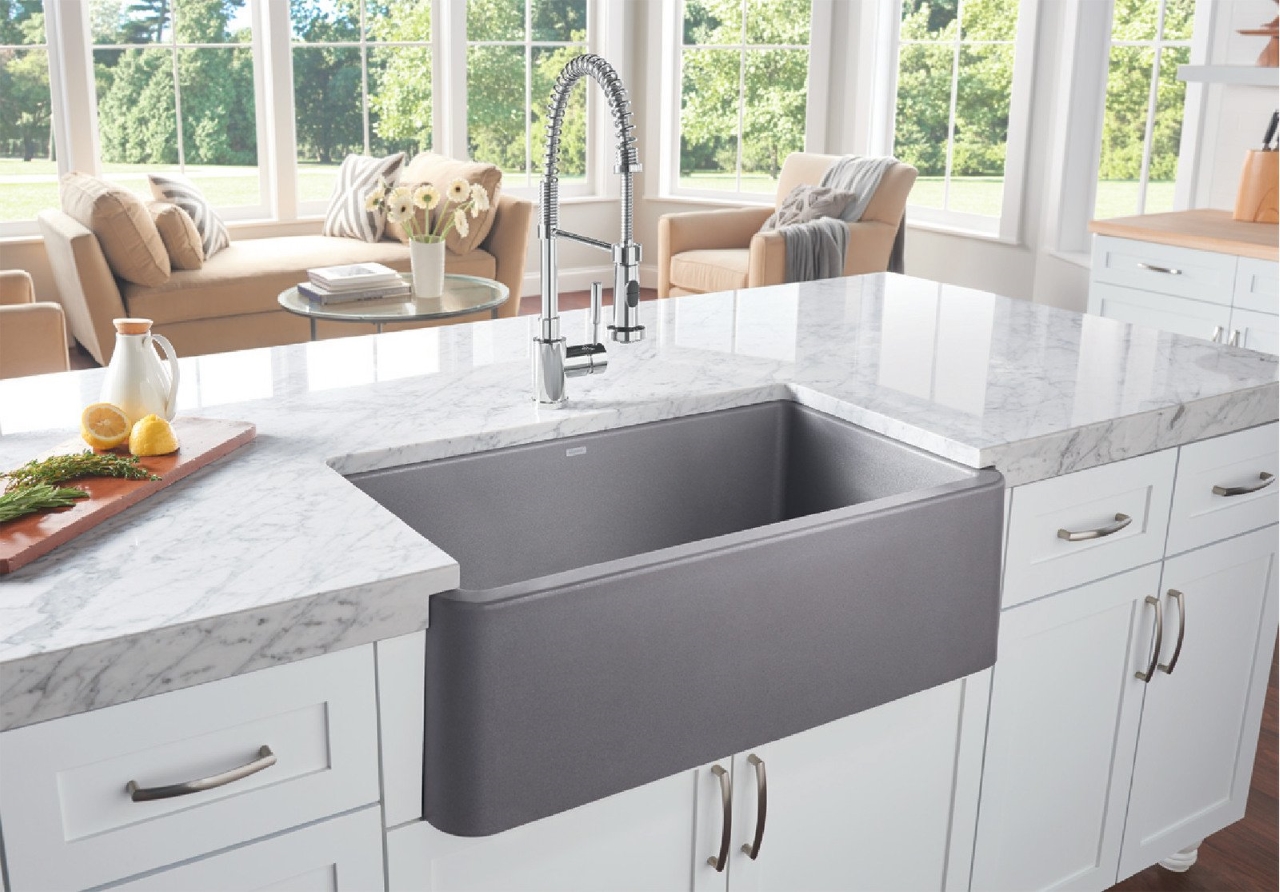 Apron sinks used to be called farmhouse sinks because of their origin. This kind of sink was usually found in farmhouses back in the eighties when sinks used to be built on the side of an outdoor wall. The most noticeable feature of an apron front sink is the covering that is attached in front of the unit. The front covering extends from its position down to the lowest portion of the sink, thus making the unit appear as if it has been adorned with an apron.

The purpose of having this apron-like covering is for protective reasons. In order to prevent being easily worn out due to moisture coming from nearby corner showers outdoors, its innovators have probably decided to embellish it with an apron for its protection. That way, warping wood will be prevented by casing the unfurnished wood surface of the unit. However, most people who buy an apron style sink do so for the classical and warm feel that it exudes in the kitchen. Since they are not installed outdoors anymore, the apron front design now only serves as an adornment to the sink.

The original design of an apron sink also did not have faucets attached to the unit itself. Like with corner sinks, the drain is attached to the bottom while the faucet and the pipes were fed through the cabinet that holds the sink in place. Since it was designed to have a simple plumbing system, the only thing that homeowners need to do was to simply drop the replacement sink in its proper position and reattach the drain. There would be no need for additional plumbing parts in order to replace the damage sink. Meanwhile, modern versions of an apron sink now adhere to the standards when it comes to the inclusion of basic plumbing parts.

Aside from the above mentioned changes, modern apron sink manufacturers have also reduced its size in order for it to be accommodated in a more restricted home environment.